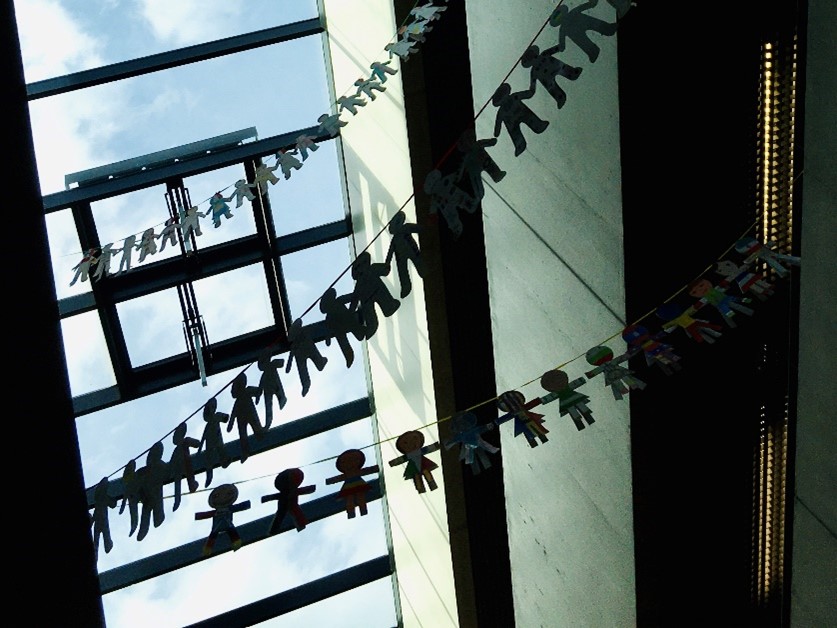 Like every year, the European School celebrates its pupils’ languages on the occasion of Language Day, which took place this year on Monday 27 September. Numerous activities and projects marked this festive event, always enjoyed by our students.

In the nursery and primary classes, the teaching teams organised readings of fairy tales and song performances in numerous languages, including a musical quiz about the languages spoken in European countries, a flag activity, an art project on the word “Hello”, a presentation of traditional clothing and objects from pupils’ countries of origin. 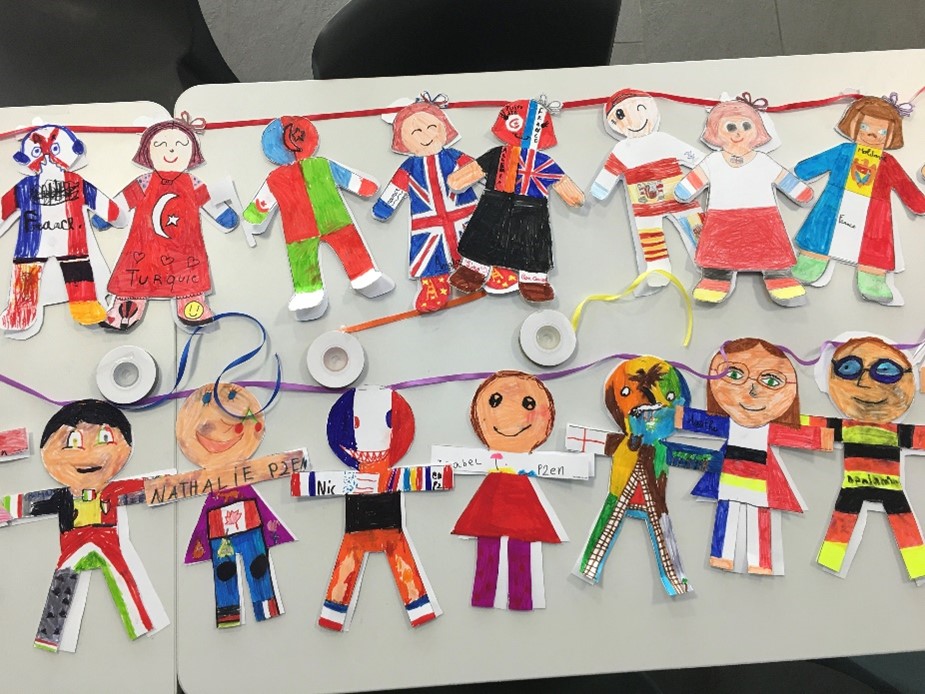 In the secondary school, there were exhibitions on European folklore, interactive Padlets on European cultures, readings of texts by Italo Calvino, the Latin-Fest, including the ceremony for the conferral of the Latinum diplomas and performances in Latin by various classes, a language cloud created at the Learning Center along with literary tables for various languages, an exchange of Mail Art with the Collège International de l’Esplanade, presentations of recipes, and many more. 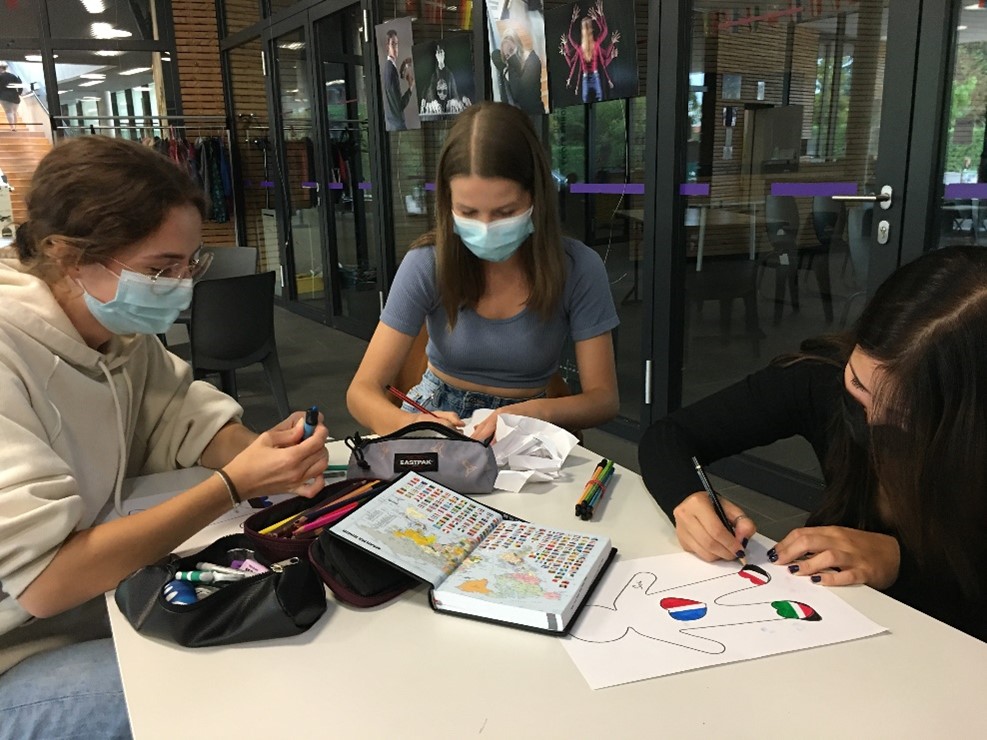 Finally, the whole school united around a grand common project: “Silhouettes and Languages”. Not only pupils but all members of the school community represented on cutout silhouettes the languages that they know, that surround them, that they love, that they practice. Yet another lovely occasion to show off the richness and diversity that characterises our school, proud of the 56 nationalities currently represented. 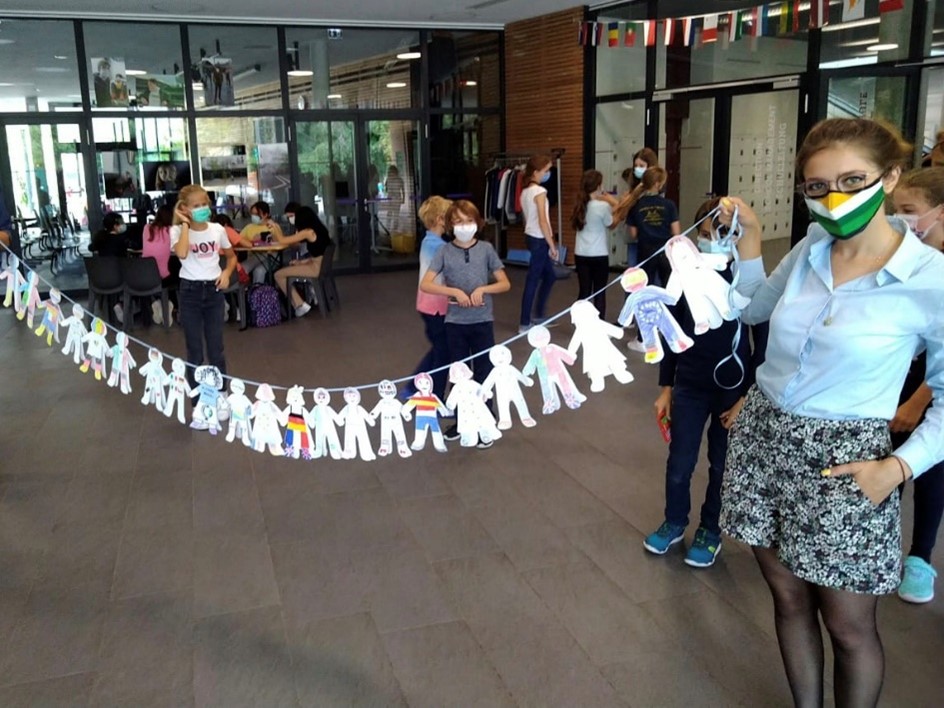 A festive and bracing moment at the start of the school year that helped to bring together and unite our community after so many difficult months, and to give us the courage to continue in this sharing spirit.

You can find out more about which cookies we are using or switch them off in settings.

This website uses cookies so that we can provide you with the best user experience possible. Cookie information is stored in your browser and performs functions such as recognising you when you return to our website and helping our team to understand which sections of the website you find most interesting and useful.

Strictly Necessary Cookie should be enabled at all times so that we can save your preferences for cookie settings.

Audience measurement cookies make it possible to collect anonymous information such as the number of visitors to the site and the most popular pages. This information is completely anonymous, never leaves our servers and is not communicated to any third party. For more information see our privacy policy.

If you wish to object to the collection of this data, please use the button on this page.

Please enable Strictly Necessary Cookies first so that we can save your preferences!